Have you ever felt invisible? 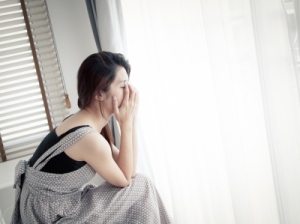 Even though you were in a room with people who knew you?

I remember a little girl in kindergarten. One day, during recess, she went to the edge of the playground and sat with her back to her peers.

She said, “I just wanted to know if anyone would notice.”

Imagine being that five-year-old girl. Surrounded by classmates who jumped rope, climbed monkey bars, and laughed—oblivious to her.

Or if they noticed the solitary figure, they weren’t concerned enough to ask her, “Why are you sitting alone?”

They didn’t call her name or beg, “Come and play.”

Who knows what motivated that little girl to sit alone with her back to the crowd. Did the need for affirmation, backfire? Did she build walls of self-protection?

What painful thoughts stabbed her as she waited, and waited, wanting…

To be Noticed. To be Missed.

How does it feel to be invisible?

To hear people talk around you, but act like you’re not there. To have someone ask you a question without waiting for the answer. Or never listen to your words.

Once, there was a man who suffered from seisures, possessed by demons. He lived alone in the tombs, outside a town. People thought him mad, and tried to chain him. But he escaped, and ran wild.

So they avoided him. Pretended he wasn’t there.

Did he feel invisible?

Then one day a Stranger came along and saw the man. The Stranger took pity, and healed him with His words.The people were amazed when they saw the man, in his right mind, sitting at the Stranger’s feet.

How did this happen? Who is this Stranger?

Fearful, the people told the Stranger, “Go away. Leave us alone!”

But imagine the joy of that man who had lived alone among the dead, and was now set free?

A life forever changed because Someone noticed. Someone cared.

One act of kindness–even from a stranger–can make a difference. Because maybe deep down, inside of us, we’re like that five-year-old girl.

We want Someone to notice.

Can you remember a time someone made a difference in  your life?

Do you know WHO the Stranger was who healed the man?

One thought on “Have You Felt Invisible?”