Lord, can you hear me? How much longer till you send help?

My previous blog described how I’ve been praying for—victory, direction, wisdom—anything to know God’s listening and will rescue the hurting people in my life.

I KNOW I’m powerless to fix people or remove their problems. However,  prayer can feel like a losing battle; a waste of breath.

How long should I pray before I raise the white flag?

Or do I heed Sir Winston Churchill’s challenge, “Never give in. Never, never, never!”

The Bible says, “Don’t you think God will surely give justice to his chosen people who plead with him day and night. Will he keep putting them off?” (Luke 18:7)

After I prayed on Saturday morning, it felt like God kept “putting them off.” I remembered someone telling me “Perhaps God doesn’t answer our prayers because He’s busy with more important matters.”

That’s not Biblically correct, but a busy signal (beep, beep, beep) seemed more acceptable to my friend than silence on the other end.

Likewise, I felt exasperated with the lack of answered prayer which really means I didn’t see tangible progress or what I thought people needed. So I decided to have fun.

After all, their problems aren’t my problem, right?

Only, how could I have fun knowing the enemy (Satan) wanted me to give up intercessory prayer?

Instead of attending a Mandarin Festival, I drove to a retreat center where I could stroll and pray beneath an outdoor cathedral of autumn leaves. 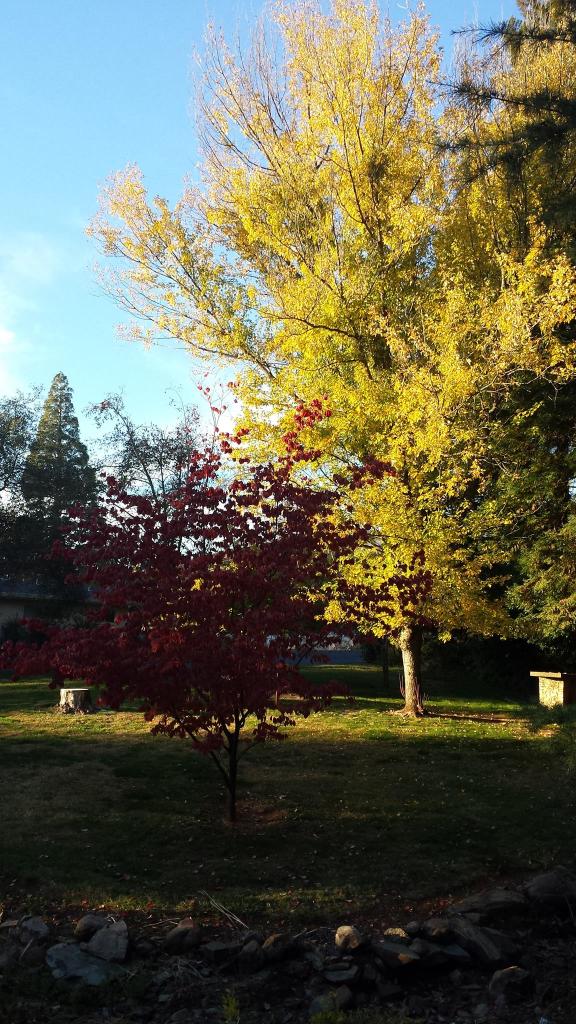 Although I’m not Catholic, I appreciated the Stations of the Cross along the ivy-lined gravel path.

One statue in particular made me sigh.

As Jesus stands there, shouldering a heavy cross, Mary looks up at her son with imploring eyes and clasped hands. I imagine Mary begging Jesus to save Himself. But his response is an outstretched hand (like a sweet benediction) to calm his grieving mother.

Why do I ever assume God is deaf to our pleas or immune to our pain?

God became flesh and lived among us. He learned firsthand about human pain and anguish. Not only for himself, but the people He loved.

Jesus could have said, “Enough! This isn’t my problem.”

But on that dark, smothering night when…

Even when it appeared to others like a losing battle, Jesus didn’t give in.

More fervent prayer empowered Jesus to overcome temptation and carry out His Heavenly Father’s will rather than surrender to the prince of this world.

Even now, Christ Jesus doesn’t give in or give up on His people. “He lives forever to plead with God on their behalf. ” (Hebrews 7:25)

If Christ is our example, when do we give in and stop praying for others?

I have an ongoing prayer request that makes me sound like a broken record.

Ever heard a vinyl record with a deep scratch? The phonograph needle gets stuck in the crack so the same lyric or tune gets repeated over and over and over.

I’m a weary prayer warrior…losing patience…losing hope…for the people I’ve been praying for all these years.

That’s how I feel sometimes when I open my dog-eared prayer journal, write the same prayer requests down, and remind God that according to His Word:

“He is more than able.”
“Nothing is impossible for Him.”

I KNOW God loves the people I’m praying for, and can use all things for good; to draw them to Christ and mold them into His likeness.

I KNOW the Lord can restore broken lives. For I’ve heard the testimony of Christians whose chains were broken and they were set free from sin, shame, bad habits, and despair.

I KNOW, but do I BELIEVE.

Or maybe, if I was a squeakier wheel, I’d get the grease.

I need to keep knocking like that old woman in the Bible who kept pestering the judge till he got out of bed and opened the door.

Only, I’ve been pestering God for a decade—pounding my fist, down on my knees begging Him—to no avail. 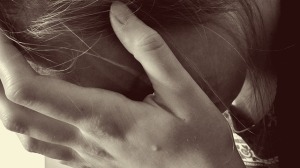 Been so discouraged by what you see in people’s lives, that you don’t know how to pray? Or maybe you’ve given up prayer.

After I watched the movie The War Room, I vowed to pray more, pray harder,and claim God’s promises for someone. A month went by and nada!

I thought the power of my prayers would persuade the Lord to make everything alright, overnight. After all, it worked in that movie.

LIfting their problems to the Lord, trusting Him to act, submitting to the consequences of their actions. I won’t spoil the story ( I’d encourage you to watch it) but hey, I’m still waiting for my happy ending.

I’m waiting and weary, but I won’t stop praying because C.S. Lewis was right when he said,

Prayer changes me because…

Therefore, I can praise God and trust Him….

Even in this—seemingly endless prayer request.