I hadn’t seen the woman’s blog post in months. I clicked on her gravatar. Searched for her website. And discovered it had been deactivated. Did she get tired of blogging or did something happen?

Weeks later, she liked a post. I searched again and found her email address. “Miss your blogs,” I wrote. “Hope you’re well.”

The woman immediately responded, and we had a heart-to-heart talk via email. There was no need to break the ice. We’d been reading each other’s blogs…which had become windows into our lives and souls…for several years.

Social media doesn’t have to be a one-way street—people stalking one another.  Hitting like…or not.

It can be the means to celebrate people’s victories. Mourn their losses with them. Pray for them.

Not everyone is convinced. I have a friend who chooses one-on-one quality time rather than “touch and go relationships.” I understand. I love looking in someone’s eyes rather than a computer screen. Holding hands to pray.

However, despite the cons, social media has enlarged my heart to an ever-growing circle of friends. I’ve …

Found long lost friends.
Corresponded more often than an annual Christmas card.
Developed new friendships online that I’ve met through mutual friends.
Kept in touch with students’ lives.
Seen the world through the eyes of people from other countries.
Been inspired by folks across the globe who also love Jesus.

Regardless of age, gender, or culture, they’re just like me. Learning how to navigate this maze called life.

Some days, their posts provide the only good news that I hear.

For we’re inundated with round the clock news which points out everything wrong with this world. Highlights evil. Warns us of disease and terror.

What if we used social media to encourage one another instead of tongue lashing the world?

What if we used it as a means to understand one another and reach out instead of circling our wagons to protect our own interests?

I’m not suggesting rose-colored posts that pretend life is perfect. We need to be real. We want to know we’re not alone in the things we suffer or strive towards.

But thank God for the multitude of individual lights flickering in the digital world who write about….

The woman, who took a hiatus from blogging, used her words to encourage others and sing God’s praises. When her online presence was gone…I noticed.

Because even in the cyber world, people make a difference.

“Gracious words are a honeycomb, sweet to the soul and healing to the bones.” (Proverbs 16:24). 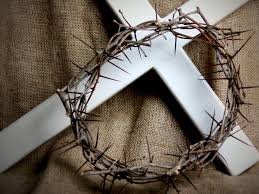 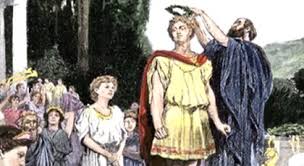