Last Wednesday, I flew from California to North Carolina (via Houston) for a She Speaks Conference. I was in the air about six hours. My travel day from the time I left home and arrived to the hotel took twenty-seven hours.

Waiting in an airport terminal was not my first choice however, if you read my last blog, you know I wanted the Lord to teach me no matter the cost.

Rather than focus on my circumstances and become disgruntled, I chose to surrender my desire to have what I want NOW!

Instead of trying to be patient, I chose to abide in the Lord and experience patience which is the fruit of the Holy Spirit.

I cringe to say those words—I don’t want to sound self-righteous. But after years of striving to be a good Christian, I discovered the easier path is abiding in the Lord.

Abiding is how we become more like Christ….loving, compassionate, merciful, patient…which is God’s predestined will for those He has called.

The Holy Spirit does the work, but my poor attitude often slows the progress.

Only this time, I didn’t choose a one-woman pity party. Instead, I prayed for an eternal perspective while I traveled, and I asked to see people through God’s eyes.

He enlarged my vision.

I found myself drawn particularly to the people who served me at the airport and the hotel. Whether they were a maid, a busboy, a cashier, a waitress…..they each wore a name tag so I was able to call them by name. We’d smile, and exchange pleasantries. 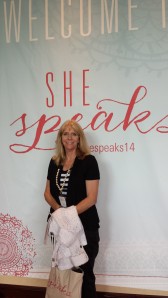 Although my goal was to attend a conference to hone my writing and speaking skills, God taught me to do what matters most. Love one another.

My return flight home went without a glitch. Or so I thought. My traveling companion was on a different airline. Her flight was delayed by four hours.

My skin grew warm when I read my friend’s text. The thought of waiting in the airport terminal till three o’clock drained my last ounce of reserve. I’d been awake since 3:30 a.m. East Coast time, and had gone nonstop four days.

Was I going to wallow in self-pity or abide in Christ?

I sat down at a restaurant in the airport terminal—which began to feel like home—and asked the waitress,

“What’s your name? How long have you worked here?”

As I listened to Lynn’s story unfold, waiting on a flight seemed minuscule.

I’m thankful for the myriad of men and women I met last week, and the opportunity to show small acts of kindness.

God is so patient with me. And He can use everything—even waiting in an airport terminal—to teach me what matters most.